Moms, take a chill pill.. and keep it real!

Recently I lit up my Facebook wall because of a challenge I offered: Take a day to post pictures on social media that show the "not so glamorous" parts of your day.  Keep it real.

No pictures of the kids playing perfectly together, the house cleaned, the healthy snack you are about to consume, the hair so perfectly done.

Nope.  Just pics of what you think would be so embarrassing for you if someone walked in your house right now, except.. put it on Facebook.

The idea caught fire and as people started tagging me in their photos it was beginning to look like an episode of "Hoarders" on my wall.   And I loved it.

So did most everyone else.

I've learned that a lot of us function out of some false patterns of thinking.  And I really did this "dare" to try and expose those shaming thoughts.

Theory 1: Most of us think we are the only ones that don't have "it" together.  Whether it's our house, our kids or our marriages, a lot of us think that we are alone in the struggle to do "it" all.

Theory 2: We feel that if we were to actually #keepitreal we would experience rejection, judgement and shame.

So then the pics started coming in..

First, there was the Laundry situation: 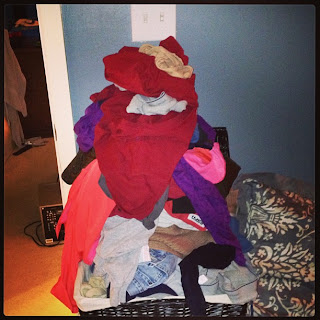 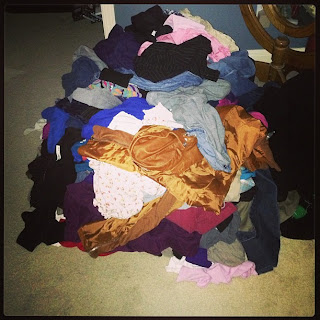 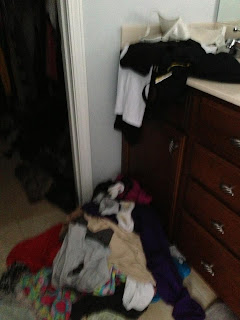 Then there was the house: 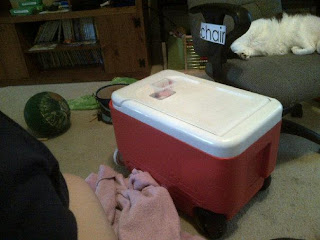 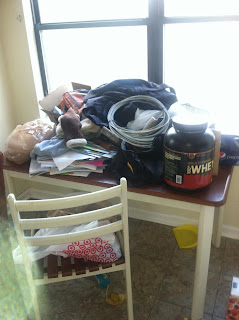 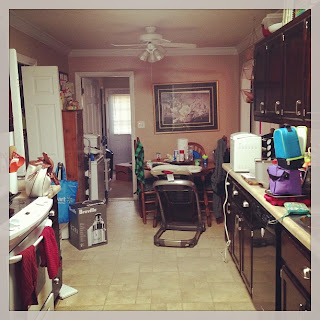 And then of course, the kid situation: overwhelmed momma's allowing tv (even on pretty days, GASP). 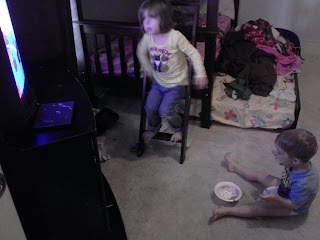 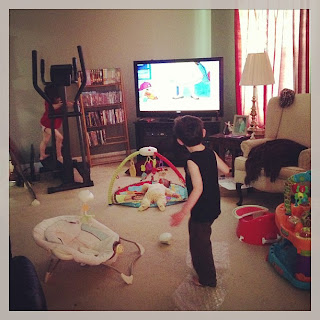 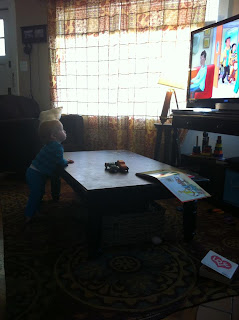 Here is some reality to my theories.

Theory 1: Most of us think we are the only ones that don't have "it" together.  Whether it's our house, our kids or our marriages, a lot of us think that we are alone in the struggle to do "it" all.
Very quickly, the comments started pouring in, "Wow, so I'm not the only one whose house looks like this?" "Oh girl, my kids have watched three shows today and it's only 9 am" or "Well, you would feel right at home at my house because it looks the same way."  Very quickly, once people started #keepinitreal, others were able to come into that vulnerability and keep it real too.  Once "other" people posted pictures, it gave courage to someone else that they could post as well.  The tension is being willing to give the "gift of going first" to someone else.  And this isn't just on social media, but in real life.  In our relationships, being able to invite others into our reality is what makes depth and meaning come alive.  We stop the cycle of thinking we have to have "it" together when we realize that we aren't the only ones who can't.

Theory 2: We feel that if we were to actually #keepitreal we would experience rejection, judgement and shame.
As those comments showed, as soon as someone empathized with anothers' "chaos" it was freeing to then admit you had any yourself.  And being the one vulnerable enough to post a picture allowed some freedom when that other person said, "Hey! That looks like my house."  Y'all, I ain't gonna lie, watching an episode of Hoarders makes me feel better about the piles going on in my house.  But the truth is.. I still got junk.  There is a reason why inviting people over to my house is commonly known as the best motivation to get my house clean.  Because I may not be able to handle the (assumed) rejection, judgement and shame that I think will be given if they saw my house "as is."

I will never forget the first time I made a point NOT to apologize for my house being a mess when someone came in.  The guest was only coming over to drop something off, but as she left she said, "It is so nice to know that I am not the only one whose house isn't always tidy."  It was freeing for her, and freeing for me as well.

I will also never forget the time a neighborhood child came in to use my bathroom and upon leaving said, "Um, your bathroom really needs to be cleaned."

Of course I responded, "YES! It sure does.  Would you like to clean it?"

I'm just gonna do what I can and #keepitreal.

So you tell me, what do you think?

Things here have been crazy.  Two week of sickness and hopefully everyone is on the mend.  In two weeks we've had: 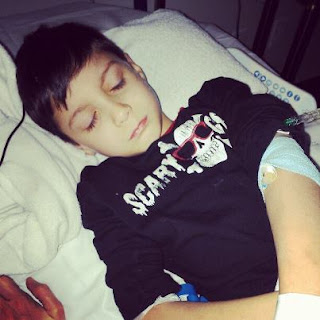 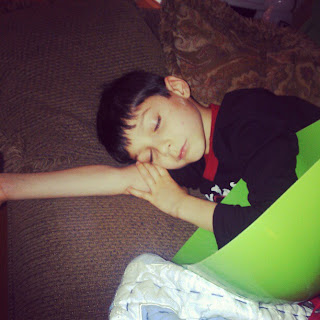 Yes, I will be happy when spring is here.  This is what our past two weeks looked like: 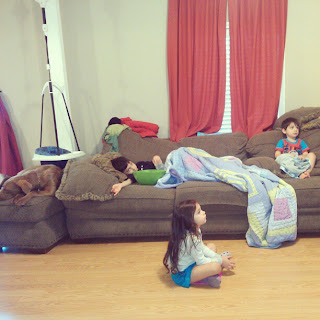 And to top it all off, two weeks of sickness could only mean that it be Alabama's most wet winter EVER.  It has rained for what seems like an eternity.  This has left a rambunctious toddler and dog inside my house for endless hours a day.  You can guess what that means.

It also has given time for me to be still long enough to read and think (when the kids are napping).  And I've got some random thoughts I still need to process. But I can try to post them and document them here.

1. I actually don't mind sick littles.  It's what it brings that drives me crazy: home bound, no exercise, plans put off.  In a perfect world I would see those things as a good balance but I must admit, by day 10 I am utterly D.O.N.E.

2.  I saw my oldest (sweet boy) be rude to a girl on the neighborhood playground.  She asked how old he was and then she said, "oh I'm 7 too" and he snarked "I don't care."  In that moment I realized that no matter how "sweet" a boy is, he is rude when he has NO idea how to talk to a girl.  I know it's universal, but it just brought to my attention the world I have entered: teaching my boys how to talk to girls.  And preferably NOT by being rude in place of insecurity.

3.  I realized recently that my baby girl gets overlooked a good bit.  She is very compliant and plays well on her own.  So that means that when I am left dealing with a demanding toddler or a emotionally explosive sensitive 6 year old, she is off on her own.  And I desperately look forward to having next school year to just be with her while both older boys are at school.  I simply can't wait to lavish her in some momma time.

4.  Confession: I only like to snuggle with my dog when she's had a bath.  And she has very little understanding of personal space. 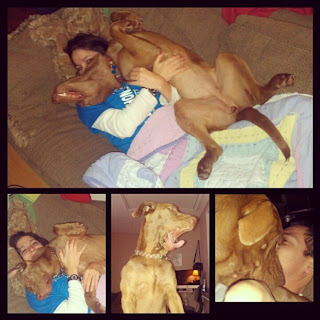 6.  I have grown weary of all the FB pics I post.  I am working on an effort I wanna call "Reality Bites." It would be all the less than glamorous aspects of my day.  With humor of course.  Because even my "worst" day of jumbled mess is still better than most. But it's still good to live reality on the social networks lest everyone think my life is more glamorous than it is.

7.  I haven't run/swam/worked out in 2 weeks.  It is having terrible effects.

Posted by Rachel Garcia, CD(DONA) at 2:51 PM No comments: