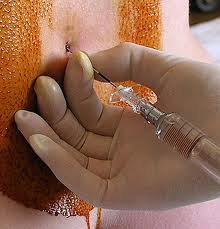 Holy Cow! That was a long post! But very well thought-out and written. I think you laid it all out there perfectly, and I'd have to say I agree with you. I cannot reiterate enough how incredibly impressed and proud of you I am for going through that. I know you weren't trying to be superwoman, but you are my hero! You (and Christina) have truly inspired me to look deeper into the world of natural/unmedicated births. I enjoyed reading your thoughts about what you learned through your experience. You made some really good points. Thanks for sharing!

I chose not to have an epidural with my first child. I changed my mind but it was too late ;) but I ended up loving it. I especially loved what you said about bonding with your husband because after I thought I was going to die and Nick was the only person there I TOTALLY fell in love with him all over again. I had my second child with an epidural and loved it too but I wouldn't trade in that first experience. I just love labor in general though. Meds or no meds. I'm a freak. Also, on a side note...Did you feel like you delivered an octopus? I'm not kidding I was about to pass out and then thought, "what in the world am I delivering?" I had to sit up and look! LOL. Sorry. Told you I was a freak.

Have you heard me saying, "yes", "yep", "right on" ... the whole time I was reading your post? I never had pitocin so it was interesting to hear your comments re: that. You sound like a woman who had a chosen unmedicated natural birth. ;) I agree with so much of what you wrote.

I really believe you're on to something about patience and full surrender. Much of this week and last felt like labor to me ... as we had to prepare, watch and wait for Gustav not knowing the outcome. I didn't need to breathe through anything but the character built caused me to handle it (esp. in front of my kids) one day at a time with common sense and no panic. Mind you ... after K, there's reason to panic.

And, I think the awe that husbands have for their wives after going thru that together is a BIG perk. ;)

Wow, and I thought it was only me dealing with the patience and full surrender stuff. I have to say I truly understand what it is to WAIT on the LORD. Not that it was enjoyable in the least. I got/get very angry, overwhelmed, depressed, tired, emotional and just down right nuts. But I usually come through that about 2 days before the baby arrives and the peace that I get from that full surrender of waiting and waiting and waiting is unreal.
It's the closest I've been to heaven.
Now on the the unmed vs. med. I have an unusual opinion that most people disagree with.
I had my first 3 at home. I cannot stand hospitals or doctors. Maybe I just don't want to be bossed around when it comes to certain parts of my body, I dunno.
With #4 though, things were different. I was going through a hard time emotionally(severe panic attacks, etc...) and a friend was due 2 weeks before me.
So she went into labor, wanted to "go natural" and because of the pit settled for an epidural.
When I talked to her on the phone that morning during the pit and no epi, she was a WRECK. By the time I got to the hospital she was 10 cm and ready to push and had gotten the epi 2 hours before. She was calm and collected, not at all the person I had talked to earlier that morning on the phone.
For some reason this struck me. I wanted pain relief dangit!
It's not fair!
So after being in labor for 3 days and finally getting to 9 cm at home, I decided I was NOT pushing that baby out without the pain relief.
So off we went.
I loved me some epiduralness.
But I noticed that after the wonderful effects of the epi wore off I became depressed rather quickly. I just wanted to be home in my bed. Not propped in the hospital with the nurses wanting to suck my blood(okay so they wanted to draw blood, but I said no. They weren't happy).
So I think for me it wasn't epi or no epi, it was home or hospital and I have to say I'm happy to be at home.
The good LORD willing, I will have many more sweet baby's in my big ole bed at home.
I guess the epi has it's place.
I just don't really want it again unless I need it.
And that's me.

Child birth is an amazing adventure no matter what way you choose, and I'm very glad that everything turned out well for you!
It's a surreal feeling to have a life inside you one minute and to be holding it the next.

Hope you are resting when the baby rests. ;)

Congratulations again on your baby girl. I hope everyone is feeling healthy and well.

I'm seeking an ob/gyn in Birmingham, AL who will work with me on natural childbirth. Can you share who your dr. was?

rrtusky.. sure thing.. its Dr. Nathan Ross of OBGYN South.

Did you feel like your doctor was supportive of natural childbirth and work with you, or not?

I found this site using [url=http://google.com]google.com[/url] And i want to thank you for your work. You have done really very good site. Great work, great site! Thank you!