Well first a big thank you to Lindsay for telling us about this park. Since it was such a beautiful day on Saturday we decided to head out (a long way, I might add) to Leeds to see this fine specimen of a Park. Its actually Leeds Veteran Park and is chalk full of fun and neat things for your kids to enjoy. They have a massive slide or two, a toddler playground, a walking trail, boulders for climbing, a rock wall and just lots of room to run wild. We spent THREE hours playing. We had some friends come with us too, which made it more fun.

A look at the massive slides.. 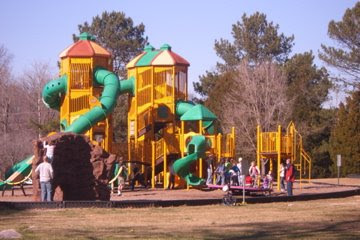 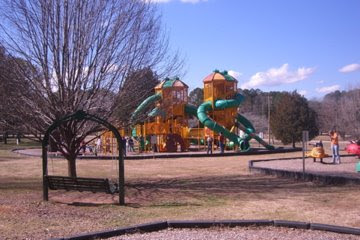 One of my monkeys.. 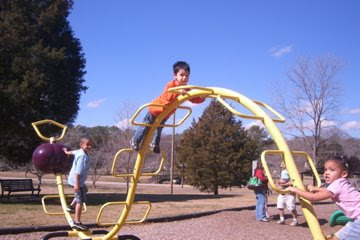 He got a bit nervous at this point. 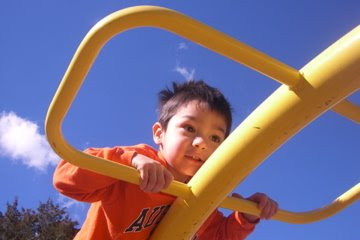 Yes, Alex is wearing his Pj's.  He's two and that's what he wanted to wear.  You pick your battles. 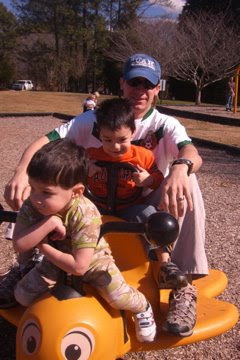 Jorge started out in the AU shirt but landed in some mud coming off the merry go round so he will be wearing a blue shirt later.  But here he is climbing the rock wall. 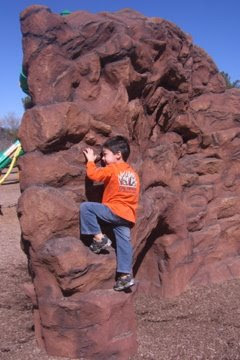 Our friends Paul, Christina and Jack came too. 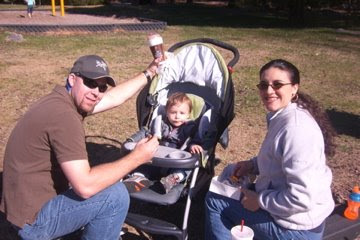 Eva was so sweet.. notice her hand on her head.. adorable. 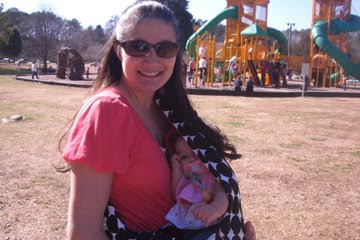 He couldn't contain his excitement after coming down the highest slide.. 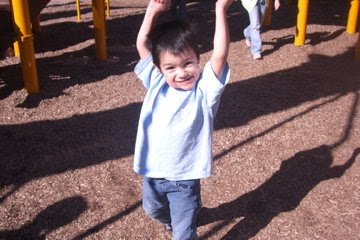 Perspective.. me and Jen. Her son is Fritz. 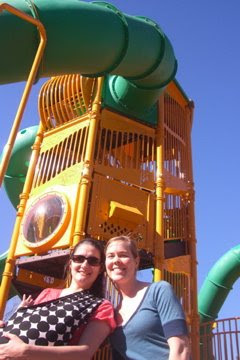 I wondered how he was gonna get down.. 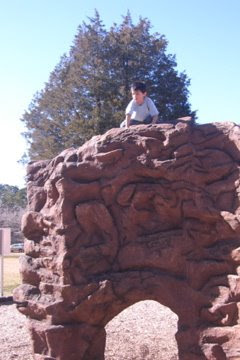 ahhhh.. then Alex wanted to do it. 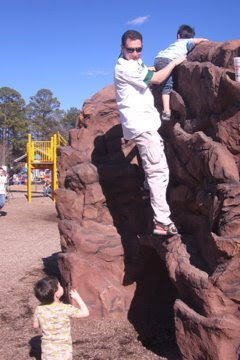 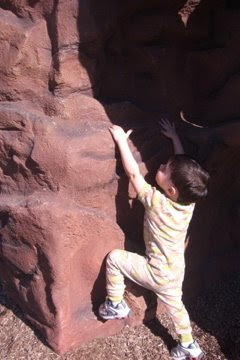 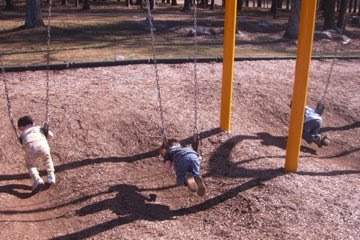 They were showing muscles.. while climbing the boulders.. this was BEFORE Fritz fell and had a date with the rock.. 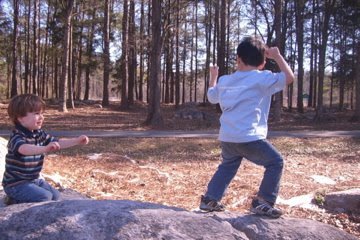 Eva is so quiet sometimes we forget she is there.. but this time next year we will be chasing her around.. 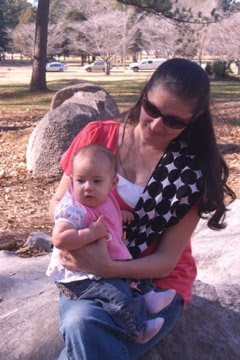 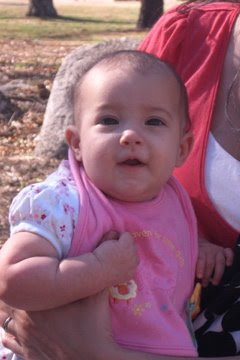 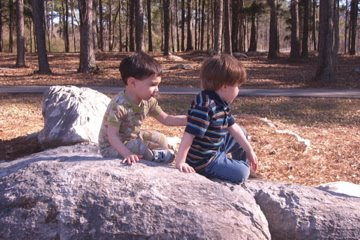 This was about four minutes after getting in the car.  They were OUT.  And after three hours I would have expected nothing less. 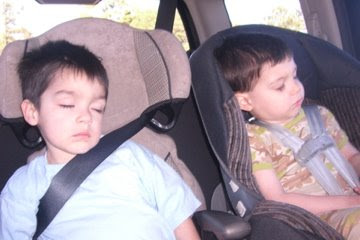 I highly recommend you try out this park.  Depending on where you live it may not be an every day kinda thing.. but its definitely worth the trek (about 20 miles one way for us) for a special occasion.  In fact, today we went to a park by our house and when I told Jorge we were going to the park he said, "With the BIG SLIDE?" as he squealed.  Sadly, son, no.  HA.
Posted by Rachel Garcia, CD(DONA) at 1:55 PM

WOW! Good to know! Leeds is actually VERY close to our house. We may have to check it out!

That is such a great park. I love your pictures. Eva is so pretty!