ahhh.. letting out some steam...

So I bought a hand held steamer (was that what you were thinking I was talking about??).. 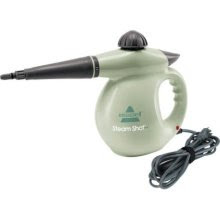 And it is awesome!! My sister, Mishka, told me about all the stuff she was able to clean with hers, so I had to try it out.
It makes cleaning so much easier.
In order to show you, I have to be transparent. So, don't judge..
(I did forget to get a picture of the bigger job I tackled in my fridge). Something had spilled and gotten underneath the crisper's and it was there for a while. Had I tried to clean it with soap and water, I would have been there a while. But the steamer took care of it in under a minute. Loosened it right up.
But don't loose heart. I still had more disgusting ick inside the actual crisper's.
Apparently some onion peel got stuck in something very sticky. (i have no clue). It would take a lot of elbow grease to scrape that stuff off. 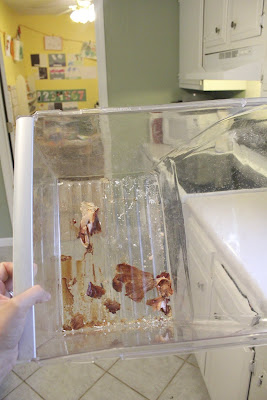 But after my steamer.. it was nice and clean. And it took about less than a minute to loosen the junk.. Nice and clean. 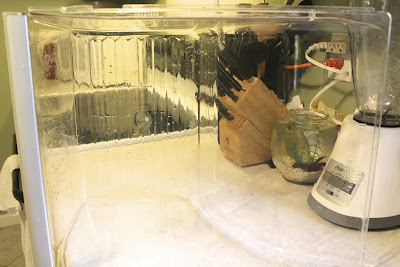 However, the main reason I bought it was to try it out on my hall bathroom. The one used by two boys (ages 5 & 4). It smells like a public bathroom in there because they have probably peed on every part of that toilet beside in the water. Sooo those hard to reach places are going to be easy targets with my new steamer. And with no chemicals because the heat of the water also disinfects. ;-)
So i'll try to remember to document that one. Im sure it will be a lovely sight.
adios.
Posted by Rachel Garcia, CD(DONA) at 4:36 PM

Email ThisBlogThis!Share to TwitterShare to FacebookShare to Pinterest
Labels: being a wife and mom, I am so awkward sometimes

You inspired me! I went and got my mom's scunci (sp?) steamer and plan on using it on my bathrooms tonight! And I'm excited about it! Fun saturday night ahead! lol My how times have changed!