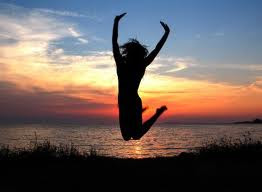 I wanted to share a neat, exciting bit of news but first I wanted to give a little history. My mom died when I was 11. My dad was killed in a car accident when I had just turned 20. For those of you at SEBC, it was 1998. After dad died, I dropped out of SEBC and started working at SMIC as a youth intern for the Junior High. My first summer there (1999) we took the junior high on the annual Mexico Missions trip. One of the girls in the group was Esther Terry (she was in 8th grade) and her mom Darcy went along as well. On the trip Darcy picked up on the fact that i was in an apartment I couldn't afford and was looking for another place to stay while I was working on an interns pay (very little I might add.. at least it could pay for the bare necessities). Anyhoo, Darcy went home and talked to her husband, Jim, about my situation and they asked the Lord what they could do to help. They considered me an orphan, so they offered up their basement apartment free of charge for me to live in. They already had four kids of their own, Esther, Paul, Rachel and Ruth, whom Darcy was homeschooling. So I moved in. After the first "trial" six months they told me that I was welcome to stay as long as I needed. Then after the first year, Jim told me that they would love for me to stay until I got married, (i.e.. indefinately). At the time I remember saying.. "uh, that could be a while." Jorge had not yet entered the picture. Needless to say I was 25 when I got married and moved out of the house. They are my second set of parents. They love me as one of their own and I love them as my very own blood. Well, after almost 10 years of knowing them and on the eve of me turning 30.. they were ready to make it official. Last friday night Jim talked to his family and they all agreed so he came to me with...."Rachel, if you are okay with it, because we are, we would love to legally adopt you." Of course I started crying, from excitement of course. Here is this family that has four children of their own, but to this day when asked how many kids they have, without hesitation or explination, always say five. Recently at Pauls high school graduation Jim stood up to give a charge to his only son and he began with, "Since Paul is the only boy among four sisters...." He didn't explain that, "well one is sort of like a sister, etc." So bottom line, I said I would love to be officially adopted into the family. Therefore, as I will turn 30 this year, I am going to be adopted by a loving family. It doesn't change what is already there, the understanding, but it makes it official. I couldn't be more excited and proud of how awesome the Lord is. this is not to replace my one and only mommy and daddy, but rather to gift me with another mom and dad who love me as their own. I have been doubly blessed! What a mighty God we serve. Who woulda thunk it? I'll keep ya posted on the process.
Posted by Rachel Garcia, CD(DONA) at 8:22 PM

Email ThisBlogThis!Share to TwitterShare to FacebookShare to Pinterest
Labels: love my life, other family

That is soooo very cool I wasn't sure about your connection to the Terrys or your own parents. Thanks for sharing all of that ... what an awesome testimony of the security a family can provide even when you're "grown". I'm so delighted at God's blessing of that for you.

That is beautiful and really strikes a cord with me. God is building within me a passion to see some sort of ministry to "emerging" orphans. These would be children in a similar situation as you were, legal adults who still need parenting, love and financial support. Anyway, I am so proud of the family God has given you!

That is so neat! I'm so happy for you! So what will your name be?!? Congrats!!

What a wonderful blessing!

Im not sure what happens with my name. I will still go by Rachel Garcia, but im guessing my legal name would be: Rachel Diane Cook Terry Garcia. Ha! Thats what they have always jokingly called me. I have more names than mexicans. My husbands name is Jorge Ramon Reyes Garcia. First, middle, dad's last name, moms last name. And thats a common practice. Anyhoo, i'll still be Rachel Garcia.

that's awesome! I love how God always sees and knows our hearts. You are blessed! Workin' my way through the blog...

I've never noticed this on your blog. And, if I wasn't at work right now, I'd be crying after reading that. How touching... What a loving and tender and caring God we serve! His compassion and love for us amazes me daily!

That is amazing Rachel! I love your blog! God has blessed you with a beautiful family! It was great getting to know you in Doula Training last weekend!

We are complete stranger to each other but I wanted to tell you that this post made me cry. What a beautiful story. You are so blessed.

I'm just now reading this story of your adoption, and it brought tears of joy and gratitude to my eyes. How beautiful! I am so very happy for you! It sort of reminds me of Job - after losing his children, God gave me more children - not to replace the ones I assume are in Heaven, but to turn what the devil meant for evil into a great blessing. Praise God!

Oops, I meant "gave HIM more children". Not me. Sheesh.