The many faces of Isaac..

I've upgraded phones, to an android. It is wonderful to be able to take pictures of my kids. In the process, i am able to capture some of the many funny antics of my, now, 15 month old. 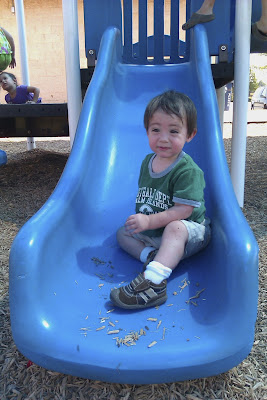 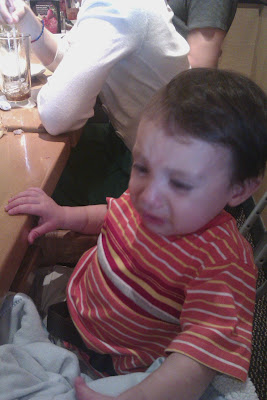 Worn out after the McWane Center.. 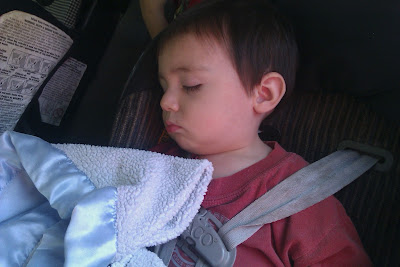 Exasperated after playing with his older siblings.. (aka confused). 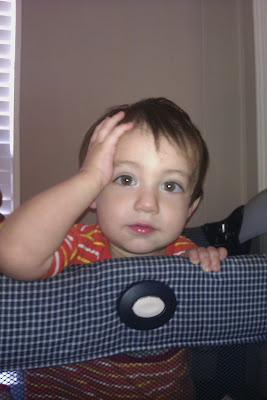 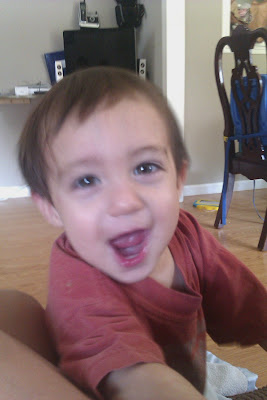 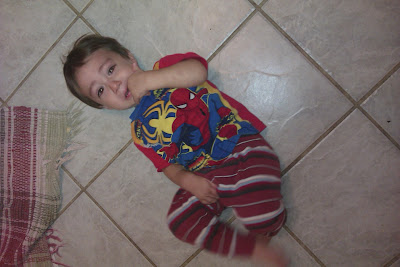 "thank you for my food, mommy" face.. 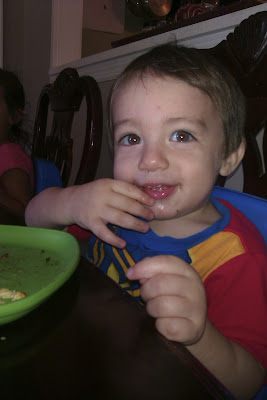 I love that angel.
Posted by Rachel Garcia, CD(DONA) at 2:00 PM No comments:

I gladly give up my legalism.. 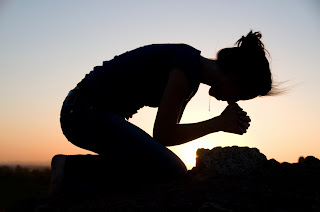 I've talked before about some of what God has done in my life in the past year. The path has been difficult and not without a lot of falls along the way. And not only has God done a lot of work in my relationships with those in my world, He has also had to do a lot of uprooting in my heart as it relates to Him. And my relationship with Him.

1. I used to think that if I "did" for God, that would make Him smile (at me).
2. I used to think that if I can "get" God to "smile" at me, THEN I am in fellowship with Him.
3. I used to think that I should spend time "in the Word" everyday or else I run the risk of disappointing God.
4. A lot of times I would devour the Word in an effort to know how to respond to someone who was "in the wrong."
5. I used to pride myself on being so "black and white" about everything.
6. I used to think I had a vat of wisdom and therefore was a great resource for friends struggling with sin.
7. I most always had a "to do" list I'd offer to anyone that came to me saying they weren't feeling that close to God.
8. I had a lot of standards I placed on everyone, even though I wrapped them nicely in "convictions that could be backed up with Scripture."

I wish I could say there were only 8 points. Lots more. But I think you get the picture. All of this is why I say I am a recovering "legalist." While I had no problem identifying God's mercy in my life, I had no idea of His grace. I mean, yes, Grace in salvation: but grace beyond that? Not a clue. I had no idea of his affections toward me, and how silly it was to actually think there was anything I could do to secure them. So let me share a little bit of what God has taught me. 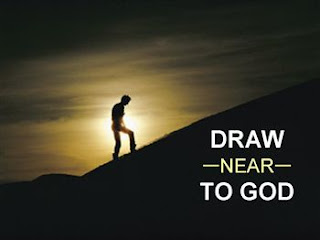 Let me sum this up for those that are actually still reading this insanely long post. A sermon I heard yesterday made so much sense to me. He gave a great illustration: imagine God holding onto your wrist. You can either have your hand grasping his or have let it go. Either way, God has his grip tight on you. Not letting you go. And then He will give a gentle squeeze and remind you that you have let go.. thus allowing you to grab tight again. I love that illustration. Here is the point: God never lets go. His affections remain constant. And those of you still uncomfortable that you have nothing to do at all to earn those affections will send me emails and messages about all the Scripture that says we are to live a certain way. And in that moment I can only ask, "what do you think the heart of the Father is toward you if you didn't "do" your list today?" And nothing draws me closer, gives me the longing to sit at the feet of my Father in His presence (Word or prayer) like understanding my position and His affection.
Thanks for reading. I hope it encourages you.
Posted by Rachel Garcia, CD(DONA) at 11:39 AM 2 comments:

Why the teacher is always learning too.. 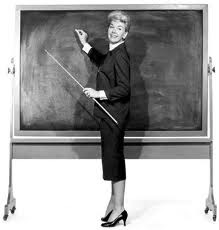 I'll tell ya, this homeschooling thing isn't as bad as I thought it was (last year).

Yes, I gave up on K5 last year. I hated to admit it. But I did. And now, I am so thrilled that I did. I had a newborn, a family crisis and too much invested in what my peers where doing.

Granted, all the HS'ing veterans tried to warn me: "don't become a slave to the curriculum," or "don't beat yourself up about having to do it a certain way," and my favorite one to ignore, "You don't have to go out and buy all the fancy curriculum to teach them what they need to know. It's kindergarten."

Well I totally failed. I went and bought the fancy curriculum and tried to put so much on my poor child that it burnt us both out. It wasn't fun. It wasn't sinking in for him and on top of that I had to put Eva in MDO because I couldn't even focus through one session.

So fast forward to today. I have all the kids at home and am able to successfully get through a 1st grade school day (which lasts about an hour for Reading, Bible and Math). And I feel much better about it and actually LOVE it and so does Jorge. We are into week two and he is still waking up in the mornings saying, "Mommy, we are going to do school today, right?"
(he has also said while doing math, "mommy can you get a pillow for my head, this is making me tired.").

So what changed in a year?

1. I no longer put stock in what my peers are doing. If you got something that you love, I'd love to hear about how great it's working for you. But if you sell it to me as, "your kid has got to get this _________ (curriculum, concept, etc)" I immediately tune you out. I am all too easily swayed to peer pressure. And not the kind that involves drugs. But the comparison dance. The one where I go back and forth in my head about all the ways someone else is doing it better than me. Well I hate that dance, and I no longer buy the music. I try to recognize the song when it comes on and turn it off. This has helped me so much in paying attention to: the learning style of the kid I'm teaching, what he/she likes to do, and their own rate of learning. If we spend a week on one Bob book and two days on the next.. that is JOY to my heart and I'm not worried that your kid just read the entire set in one sitting. Hello, Freedom! Goodbye, Pressure.

2. I am honing in on the art of distraction. Homeschooling is the easy part. It's the younger siblings that can make a momma loose her ever.loving.mind. So I have to spend equal time figuring out how to get the younger three occupied (if they are deciding they don't want to do school with me and Jorge) with something entertaining or fun for them. So far Eva and Alex want to "do school" which includes a modified version of whatever we are doing, whilst they are coloring or playing with counting cubes. And Isaac, he either wanders around destroying the house or in his pack n play contained with toys. For me, I had to realize that it takes creativity to include the younger ones or even to keep them busy. And some days this works better than others.

3. I've learned the difference between routine and schedule. I LOVE a good routine. A schedule, is of the devil. (I jest, sort of). There can be so much more grace with a routine. And flexibility too. It also frees us up to do fun things. I used to be a stickler for the clock. Now I can tell what time it is by what we are doing.. and not stressed that it's 30 minutes later than when we did it the day before. My kids get dressed on their own after breakfast, because that's the routine. but there isn't a mandatory time that that is supposed to happen by.

4. I stop when the fun stops. This is huge for me. Obviously, in learning there are times where it isn't our favorite thing to do, so we persevere. But when mommy starts getting frustrated that little Jorge's 3's look like a number of evil (I don't know what that means exactly) we take a break. Mommy needs to move on. Mommy needs to remember that little Jorge is just now learning this stuff and he won't go to college writing his 3's like an alien. "Mommy move on." That's what I keep saying in my head.

I tell ya.. the growth has to happen in me. I hear people say all the time, "I could never teach my kids." And I won't pretend I don't know what you are talking about. It is definitely hard work. The patience that has to come is painstaking. But the joy I get when I see the hard work pay off, it's unreal. It's not all, bake days and fun outside. It's hard. It's long hours and lots of worrying, "will they ever write their 3's so we can recognize it?" And the answer is yes. And the process of what I am learning is just as priceless as seeing them persevere too.

I'm looking forward to growing more and more each year and becoming a better teacher than I was the year before.
Posted by Rachel Garcia, CD(DONA) at 3:27 PM 2 comments:

The Absentminded Professor, but without the Professor.

So, I guess that just makes me "absentminded."
I tell ya, sometimes I truly don't get it. How is it that I was once a very bright, intelligent person?
Now, my brain is mush.
Yesterday, while on the phone, I was exiting my car and about to walk into the grocery store. I realized that my keyless entry alarm was not locking the van doors. I turned around to notice that my door (not the kids') was wide open. As in, I walked out of my drivers seat and left the door wide open. Good grief.
this is me back in the day.. when I had a brain. 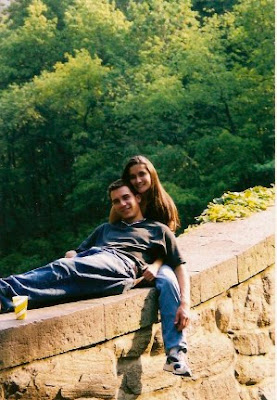 I am sorry.. life is crazy and I have no time to blog about it.
We started school this week (1st grade with Jorge, K5 with Alex) and the younger two are making that a little difficult to do.
I did have a great time in Boston (thanks for asking) 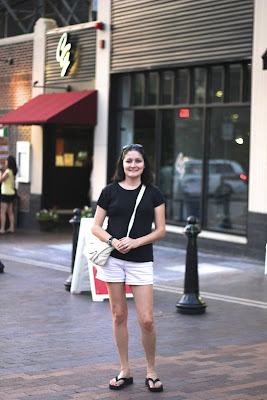 and I still hope to put up the rest of my conference notes on my birth blog.
Well, I promise as soon as I come up for air I will let you know how crazy it's been. (but with 9 clients from now until January.. don't hold yer breath!).
Posted by Rachel Garcia, CD(DONA) at 3:59 PM No comments: