We went LOCO and got a dog..

It only took 10 years of  my husband nagging me plus two years of his recruiting the children to nag and I finally caved agreed.

It started as any other day.  Chaos.  Children whining and fighting.  A mother already in over her head with four children.

Perfect idea to add a dog into the mix, right?

Well, a friend on Facebook was asking for help.  There was a dog at a kill shelter in GA that would be put down the following morning if no one adopted her.

When I saw her picture.. I was convinced she would be our dog. 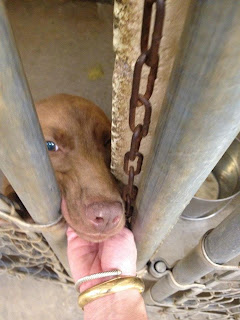 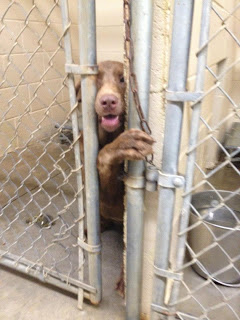 She looked sweet in the face.. and downright scraggly in the second picture.  But just knowing that she could get a second chance at a family who would absolutely adore her, made me excited.

I called my hubby at work and told him about her.  And that if he were willing, I would call right then and make the verbal commitment to get her.

He said to go for it.

After that we had to wait about five days until we got her.  So we prepared.

We got a crate: 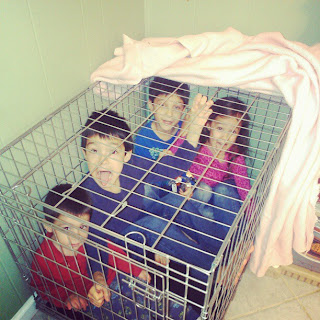 Which doubles as a nice stowaway for children..

We also had a family vote for the dog's new name.  In the running was: Lola, Stella and (Eva's suggestion) Passy Gassy.  Stella won by a landslide.  But because we did have one kid fighting for "Lola" we ended up agreeing on "Stella Lola Garcia" and she would be called Stella, and on occasion.. Passy Gassy.

And when we went shopping the night before for toys.. I felt like I was shopping for my children.  I was very excited.

We drove to Montgomery the next day to pick her up at Ashleigh's house: 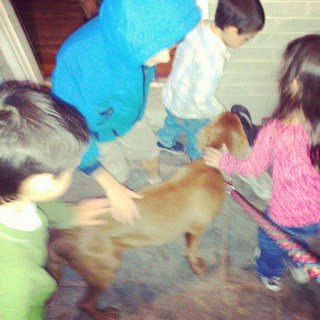 The kids immediately loved her and Stella did GREAT in the car.

She had her first bath AFTER her first swim in the creek by our house. 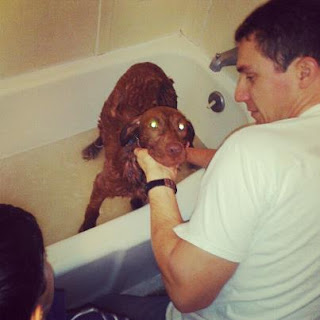 She loves all the kids but has attached herself to the oldest, my very own dog whisperer, Jorge. 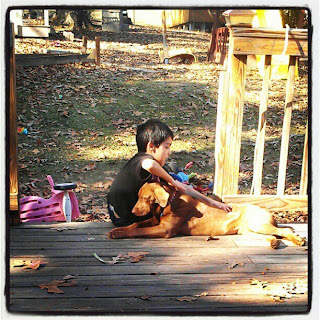 While it took about three days for her to stop growling at the kids, she has figured out how to get relaxed even in the chaos. 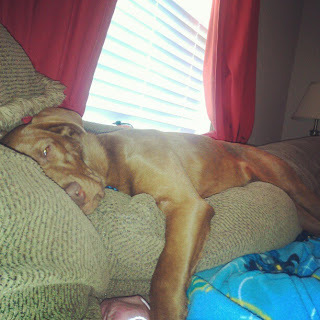 Her favorite respite is her crate. I am very thankful for that.  The kids have learned this is the "no touch" zone.  When Stella is in her crate she is telling us she wants a "time out." 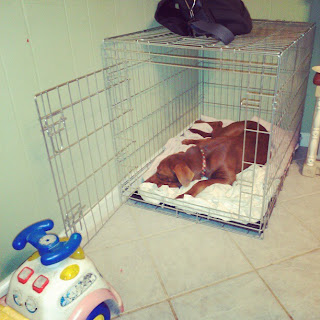 And of course the couch is her favorite spot.  But so far, she wants to rest ALONE. She happened to get one of the most affectionate families on the planet, but we are patiently accepting that, while she loves rubs and snuggles at her choosing, she prefers to sleep alone.  Maybe one day that will change and we will be begging her to stop laying on us. 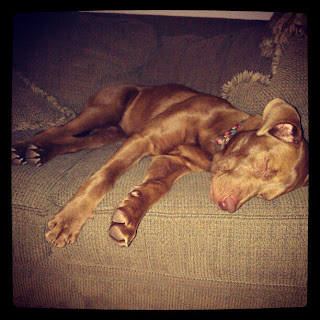 Her torture is her own doing.  She simply can NOT stand the kids playing outside without her.  But as a puppy, she doesn't quite get that she can't nip and bite at the kids when they play.  Of course, she is playing as well, but she outweighs all of my children.  So they ask me to bring her in when they plan on running around the yard.  The temptation is too much for her. 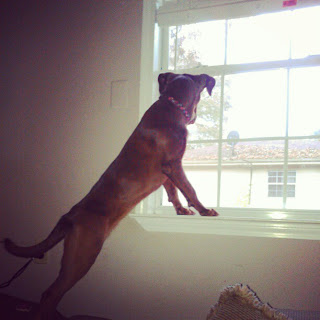 The first three days were terrible, for me.  It was more difficult than I imagined, what with having to train FOUR children to leave the dog alone as well as training the dog about her new life here. After all of the difficulty and the daily chewing of everything in the house, she is a sweet dog.. I realize that.  And she is actually a very obedient dog, very willing to please.  And I am very thankful for her willingness to love me even after I've repeatedly gotten on to her.  There is so much we are all learning that there has had to be plenty of grace to go around.

But she is worth it. 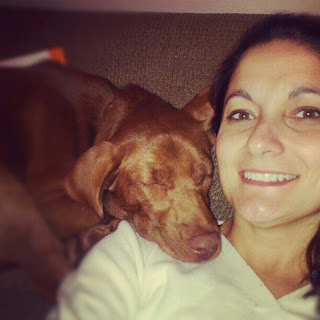 She just better stop pooping all over my yard.  I have to clean shoes at least three times a week.

I know, that's wishful thinking.
Posted by Rachel Garcia, CD(DONA) at 7:27 AM