My husband is SUPER SEXY.. especially when he shows off his great daddy skills..I guess that's why his name in my cell phone is "A Sexy Mex" (Mexican, duh). 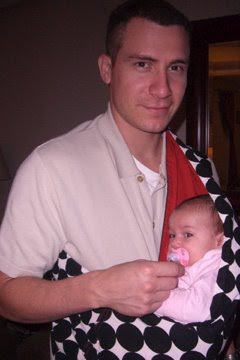 If you were wondering why he was "slinging" Eva.. here ya go.  He was holding her and she wanted him to be standing up (read here.. would only stop crying if he was standing up with her) and then his shoulder started to hurt so he donned the sling and all was well.. and didn't miss a beat of the game!  How's that for awesome? 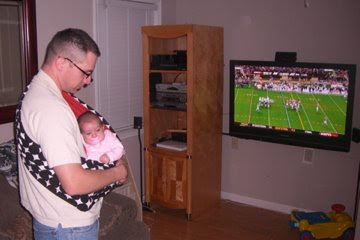 Later she was talking with me.  Of course we stayed away from discussing politics ...ya know.. to keep it light. 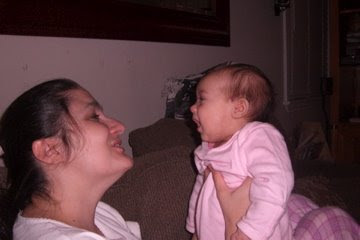 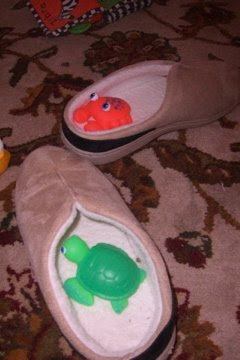 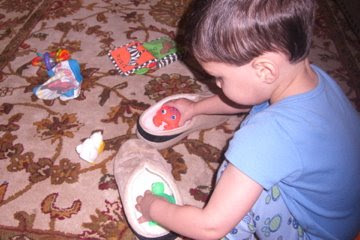 I rented Kung Fu Panda for the boys today (Sunday.. mommy's home sick) and they were mesmerized.  Alex is a cuddle bug so he climbed up in his big brothers lap..and for once, Jorge didn't kick him out.  It may have something to do with the fact that they had just spent two hours outside playing and they were EXHAUSTED..  still cute and we had to capture the moment.  Alex looks tense but he's really as relaxed as they come. 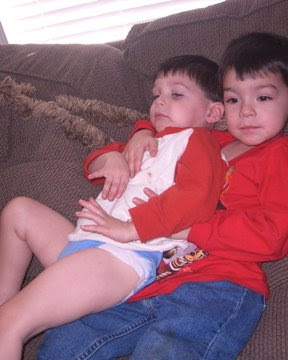 I like this one because they were holding hands right before I snapped it.  Will this embarrass them one day?  I hope not! 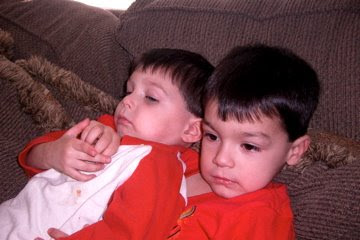 As I said.. I'm sick.  its a cold.  Got it from my awesome husband.  Eva has it too.  Just snew in her nose.  The worst part about a cold, for me, is when I can't breathe through my nose and then the ability to taste is lost not too far behind that.  Oh well, hopefully it will go away soon.
I hope you all have a great rest of the day!
Adios!
Posted by Rachel Garcia, CD(DONA) at 2:44 PM

sorry you're sick! hope you feel better soon, and that it doesn't go round and around the family! cute pictures! i LOVE the one with alex in jorge's lap. that is so precious!

Love the snuggly pictures but so sorry you're sick. We are getting over colds too. I feel your pain not being able to breath through your nose.

You must be feeling better since you wrote this(hope you are anyways) You didn't sound too bad on the phone. I am cracking up that your boys will sit and watch a movie like that. I rented Kung Fu Panda Friday night and was all excited about us all watching it together. FAIL! Big time:) Mia was petrified and kept running out of the room every time there was fighting and Averi was her normal ADD self just walking around and playing. We ended up just turning it off! Maybe one day we'll get to see the end of it:)