As I said in an earlier post, the decision to "organize" our house came from the realization that while it was still on the market (and has been for a year) we needed to accept that this was our house indefinitely. And we were happy with that.. but we just needed to make it our own, again.

That process started with my husband and his deciding that whether it was an eye sore or not, he was going to build the kids tree house. A process he started when we originally put the house on the market a year ago, but took down when the realtor said that a tree house may not appeal to all buyers. So, believing we would sell quickly, we held off on the tree house. Until last week. My husband said, "that's it. I'm building it."

So this was the beginning of our "Operation Organize" even though a treehouse isn't exactly organizing. Either way, my man is an awesome craftsman.

Here is the tree before: 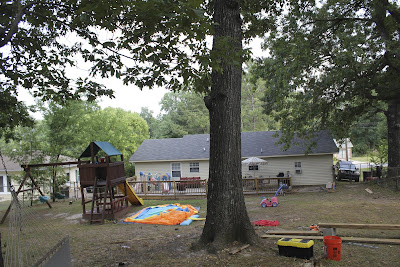 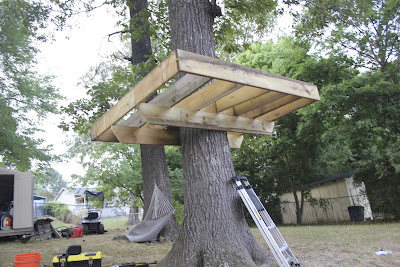 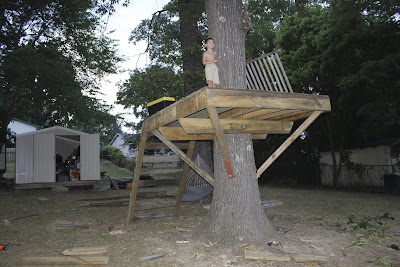 And AFTER:
complete with a ladder, a route for a climbing wall and a rappelling rope. 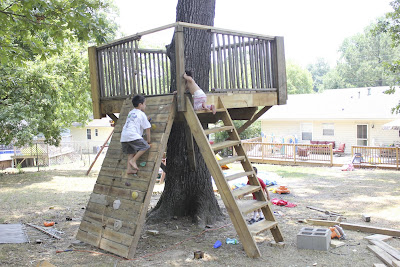 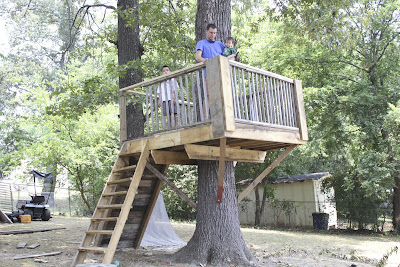 And here it is being used.. with kids throwing water balloons at a moving target below. 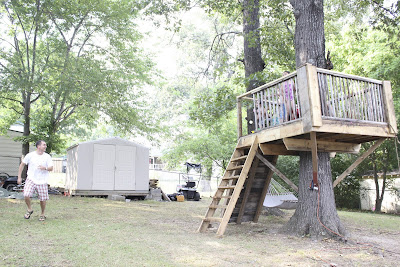 I can not brag enough on my handsome man for the hard work he did (in a WEEK) in this Alabama summer heat! The kids LOVE their new treehouse.
Thank you babe. You never cease to amaze me with your talents. 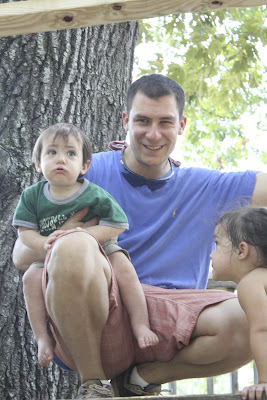 What a gift!! That's awesome!