Where has the week gone?

So its been a week since I've blogged.  And rightfully so.  Its been a crazy one here.  We had the baby shower.. which was awesome.  Then headed to the beach.. which was um.. memorable.  Here are some pics from the baby shower:
Christina (House Host) and her mom Maria!  they did an excellent job of making everything beautiful! 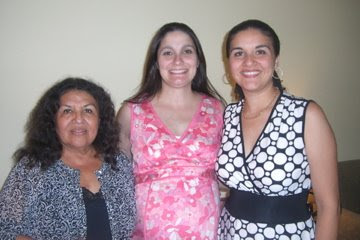 Look at all that PINK! And its for one of my babies!  Wow! 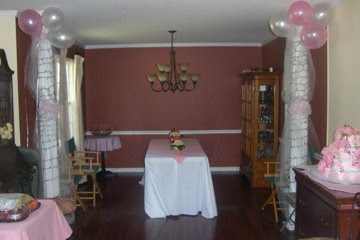 Ruth, Me, Mom (Darcy) and Rachel (the gymnast I told you about). 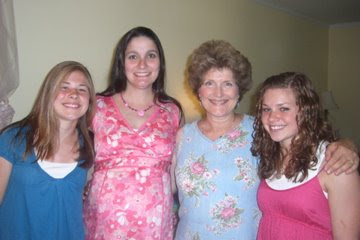 Me and Natalie S.  She is due two days after me.. however this is her fifth bundle of joy! 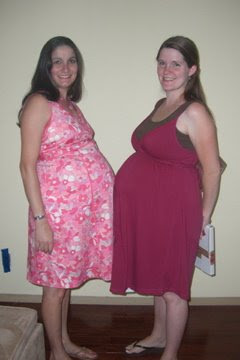 Martha (Big Jorge's mom), me, Cecy and Veronica (his sisters) 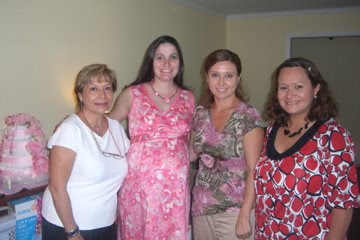 Jennifer W., me and Christina.  BTW, Jen made the best homemade cupcakes!  She is awesome like that! 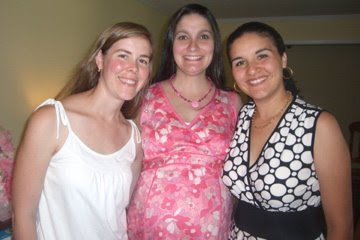 Kellie and Emily!  Love you gals! 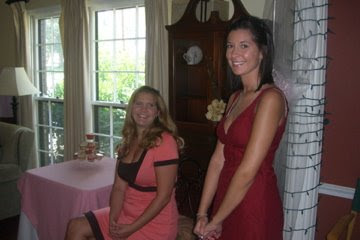 the beautiful Diaper Cake.  Christina and her mom made it! 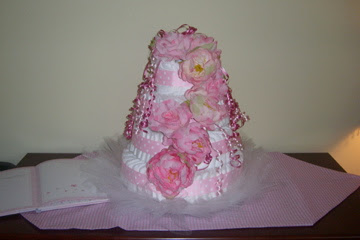 The shower was so much fun and so pretty! I loved all of it.  The food was delicious and I even had a 1/4 bite of Jennifer's homemade cupcakes.  I can't wait to down a whole one!  Thank you to all you precious hostesses: Christina, Maria, Martha, Mom and Jennifer!  You gals ROCK!
After the shower we left for the beach.  Let me just start with some photos that document the fun times, first.
The first walk into the ocean (at least that they remember) 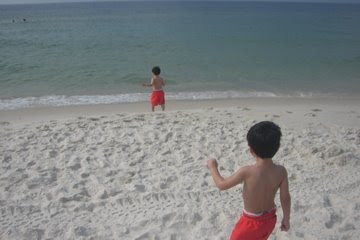 Alex needed some "warm up" time.  Eventually he liked it enough to venture in on his own. 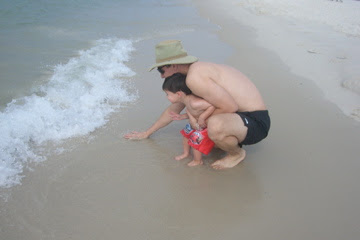 Jorge feeding (oddly enough) goldfish to the birds.  He did this for 30 minutes. 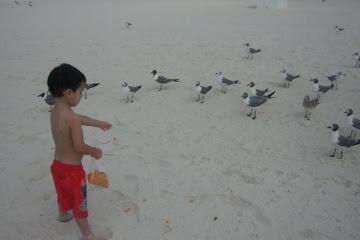 My "boys."  Its hard to believe that a little girl is about to enter the mix! 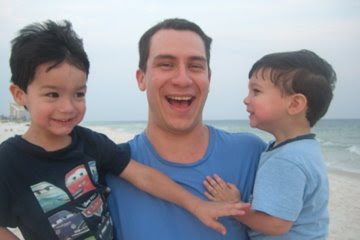 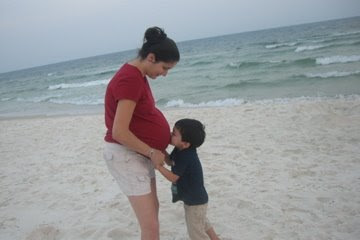 the boys playing together in the sand. 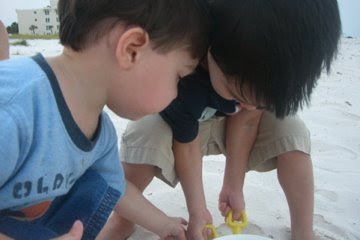 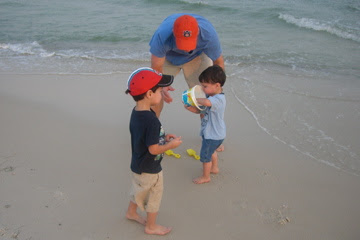 Okay.. so that's it with the pictures.  Those were about it.. the only time I brought out the camera on this trip.  I will just sum up the other parts of our trip with: We had a major issue with our condo.. had to be "kept out of it" for two hours (unexpectedly) while they tried to fix the problem.  That didn't work so we had to call management and get another unit.  We finally got to dinner.. had a good meal.  Played on the beach some more (the pictures of the boys with real clothes on).  We went back to the condo and I started not feeling well.  At midnight I tossed every cookie that I've ever eaten (read here: threw up a major amount). Had a low sugar drop due to no food in my system and was ready to pack it up and head home the next morning.  We were given an extra day (by the management) because of our ordeal the day before but because I wasn't feeling well and it was raining we decided to just head home and write this one down in the books.  I will elaborate on the ordeal another time.  I truly want to remember the good times right now!  LOL.
I will say that Jorgito did a weird thing at the beach. . whenever he would accidentally swallow the ocean water, he would throw up.  I mean more like a big spit up, but he definately got rid of something.. He did this four times.  Has anyone heard of that before.
Well that's it.. maybe I will get to post again before another week goes by.
Posted by Rachel Garcia, CD(DONA) at 5:37 PM

You look so good, Rachel! :) I love all the pink too ... what a special occasion to celebrate a very unique addition to your family. So sorry to hear about the yuck of your beach trip, but you're awesome for focusing on the good stuff. I just saw your ticker ... can't believe it's just 24 days?!